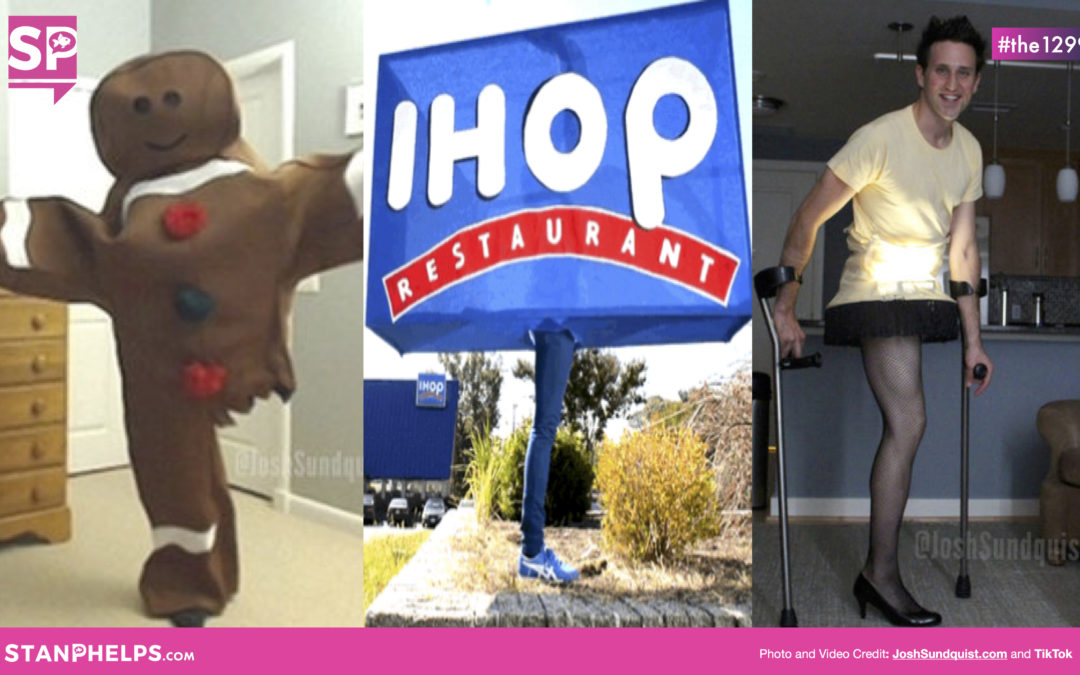 Amazing, amazing costumes. This is the essence of a Pink Goldfish. Credit to fellow speaker Josh Sundquist for his creativity and this flawsome TikTok video:

A little bit of background. At age nine, Josh Sundquist was diagnosed with a rare form of bone cancer and given a 50% chance to live. After a year of chemotherapy treatments, his left leg was amputated. He would become a Paralympic athlete and his story would be made in an Apple+ TV show called, “Best Foot Forward.”

In 2010, Josh wore a partially-eaten gingerbread man costume to Halloween costume to make his friends laugh.

A couple of years later according to his website, his girlfriend (now wife) Ashley suggested he dress as the leg lamp from the movie “A Christmas Story.” A photo of that costume went viral.

Since then he’s been dressing up every Halloween in costumes made possible by the unique shape of his body, and each year his one-legged costumes receive hundreds of millions of impressions around the world. They have been featured on television shows like ESPN, Good Morning America, and The Today Show, as well as on the front pages of Buzzfeed, Yahoo!, AOL, and countless other media outlets.

Hat tip to my Pink 2.0 coauthor David Rendall for sharing the video.

There are eight different types of Pink Goldfish. The cornerstone is FLAUNTING. It is the “F” in the F.L.A.W.S.O.M.E. framework.

Flaunt means to parade, show off, display, strut, or be ostentatious. It’s also about being unashamed or proud of something. Our interpretation of the word is positive. Flaunting is about being unapologetic about your flaws. You take pride in your unique characteristics. You emphasize them, accentuate them, feature them, highlight them, expose them, call attention to them, and openly display them. You definitely aren’t trying to hide them or fix them.

This is what Josh is doing here.

This might sound unwise. It isn’t what most business books recommend.

Your flaws are the things that make you awesome.