Equinox did not accept any new memberships on New Years Day 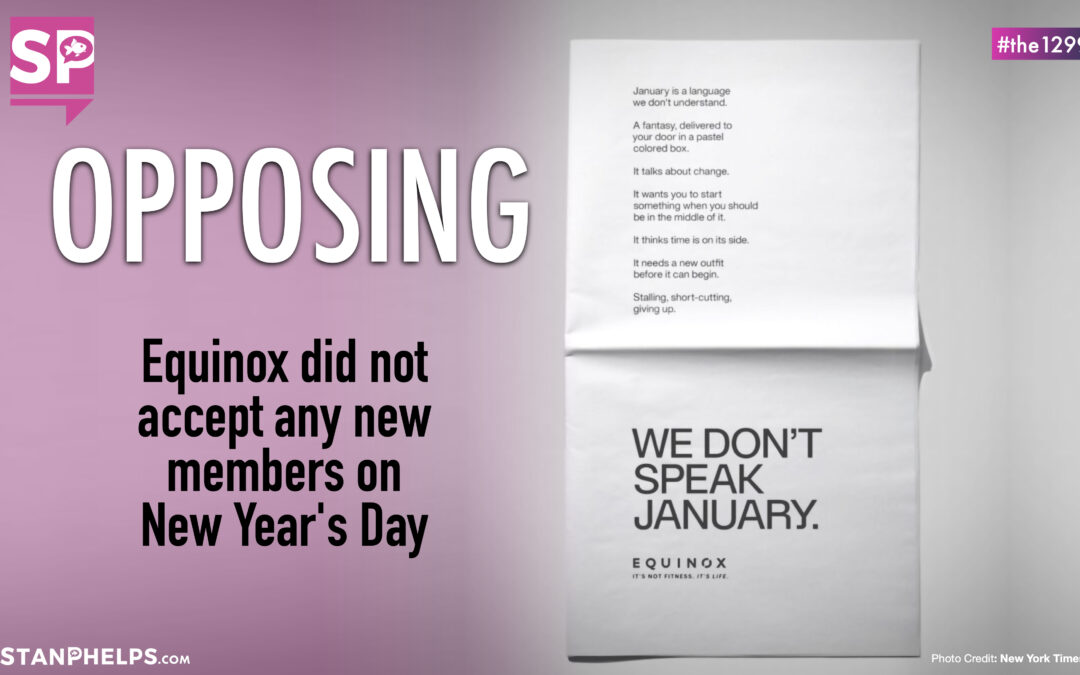 This is a bold example of the Pink Goldfish of Opposing.

And they took a full-page ad in The New York Times to tell the world that their members “don’t speak January.”

“January 1st is one of the largest sign up days for fitness clubs as people prepare for a ‘new year new me’ – but for our members, it’s just another day.”

Will goes further and explains what makes Equinox members different:

“You are not a New Year’s resolution. Your life doesn’t start at the beginning of the year. And that’s not what being part of Equinox is about. Equinox is a lifestyle – not a trend. We speak the language of fanatical dedication. We don’t speak January.”

Most gyms and clubs have their biggest membership sign-up days on New Years. So it’s normal to promote and incentivize new member sign-up.

Equinox is opposing the norm. In our book Pink Goldfish 2.0, David Rendall and I shared a similar example from REI. In 2015, the retailer closed on Black Friday. Not only their 150+ stores… they shut down their website for e-commerce.

Because REI is all about enjoying the outdoors. They believed that their staff and members should be outside with their families as opposed to jockeying for position in lines.

Sometimes you can “stand out” by doing less. Equinox is speaking volumes by turning the volume to zero. No pretty pictures… just a manifesto that celebrates the commitment of its members.