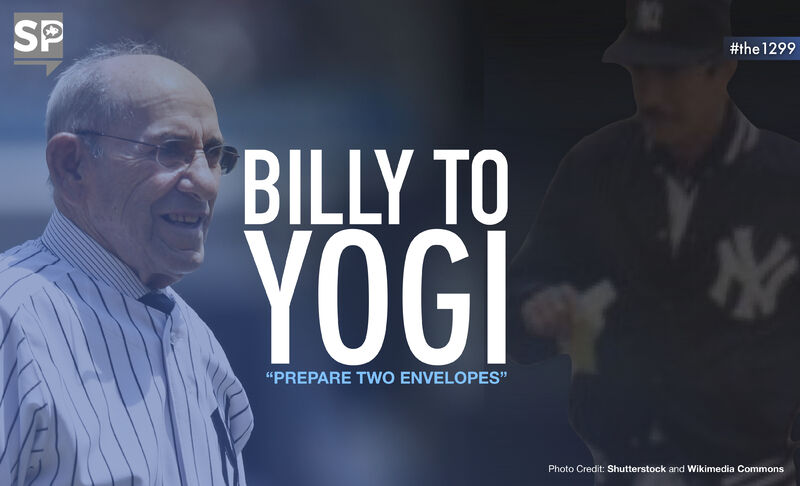 In 1983, George Steinbrenner fired Billy Martin and offered Yogi Berra the job to be the Yankees manager. As Yogi considered taking the job he reached out to his old teammate Martin for advice. Billy had just been fired for the third time by Steinbrenner.

As the story goes, Billy consoled, “Don’t worry Yogi. I’ve got you covered. I’ve left two envelopes in the desk in the managers office.” Yogi accepted the job.

The 1984 season for the Yankees got off to a strong start. But in late May then the team went on a slide and starting losing. The press was questioning Yogi’s managerial moves and Steinbrenner was angry.

After a tough loss to the Red Sox, Yogi remembered what Billy Martin said. He sat in his office after the game and opened the first envelope. The advice by Martin on a small piece of paper was only four words . . .

BLAME EVERYTHING ON ME

Berra headed to the post-game press conference and laid it on thick. Martin this, Martin that. And it worked perfectly. The team rebounded and began winning again.

But, in August, the team began losing again. Yogi was once again on the hot seat. Steinbrenner was fuming.

Dejected, Yogi remembered Billy. He ran to his office and opened the second envelope. This advice was a mere three words . . .