Assault On Democracy: A Beginning Or The End? 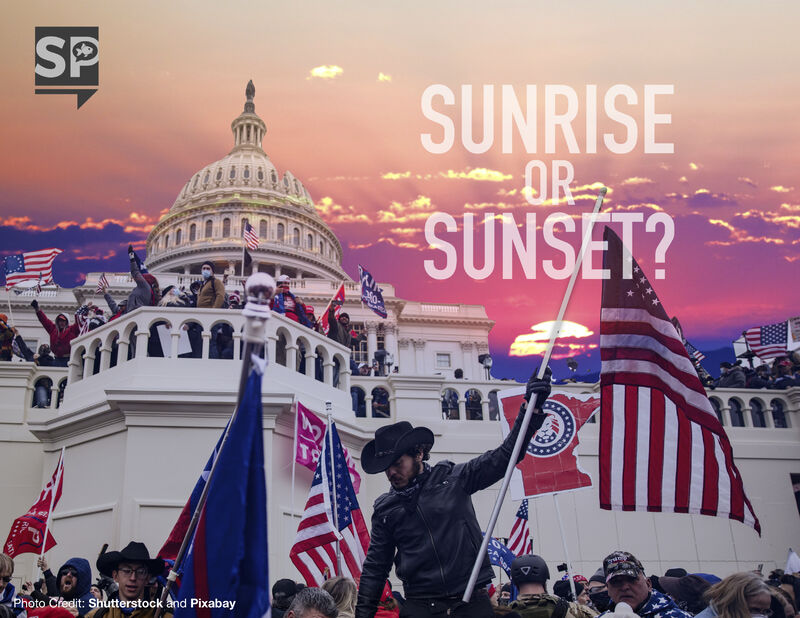 For the first time in over 200 years, the US Capitol building was overtaken and ransacked. Back in 1814, the British burned both the White House and the Capitol Building.

There were no fires yesterday, but one person lit the proverbial flame. The mob was incited by President Donald Trump. At a rally yesterday he urged the crowd,

“And after this, we’re going to walk down there, and I’ll be there with you, we’re going to walk down … to the Capitol and we are going to cheer on our brave senators and congressmen and women… And we’re probably not going to be cheering so much for some of them. Because you’ll never take back our country with weakness. You have to show strength and you have to be strong… We will never give up. We will never concede. It doesn’t happen. You don’t concede when there’s theft involved… Our country has had enough. We’re not going to take it anymore.”

There was an assault on our democracy yesterday. The good news is that Congress worked through the night to uphold their Constitutional duties and certify the results of the election.

The big question in my mind is this. Is this the beginning or the end of this unrest? Will this continue? Or can move forward as a nation? My sincere hope it’s the latter.

The sunrise or sunset question is inspired by Ben Franklin and a story from the Constitutional Convention in 1787.

The convention was chaired by George Washington in Philadelphia. For three months the delegates struggled to reach an agreement. At times, it looked like the birth of our nation would be a failed experiment. Washington sat in a unique chair while presiding over the continuous meetings. A half sun was carved into its peak.

Over the course of the proceedings, Benjamin Franklin would stare longingly at the chair, “I have often looked at that behind the president without being able to tell whether it was rising or setting. But now I know that it is a rising sun.”

Yesterday our democracy was tested. Our Constitution is only as strong as the people who take an oath of office to uphold it.

Upon exiting Constitutional Convention Benjamin Franklin was approached by a group of citizens asking what sort of government the delegates had created. His answer was, “A republic, if you can keep it.” In the words of Richard Beeman, “Democratic republics are not merely founded upon the consent of the people, they are also absolutely dependent upon the active and informed involvement of the people for their continued good health.”