Are You a One-Percenter? 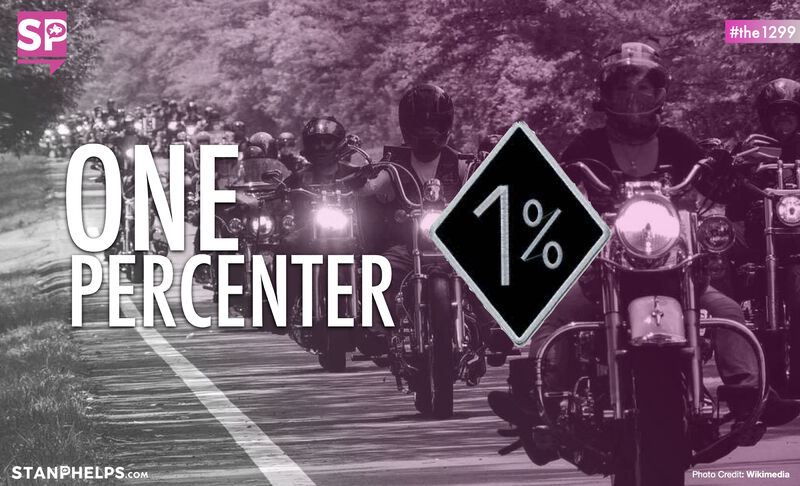 It was meant to disparage some motorcycle riders. After an incident in Hollister, California in 1947, the American Motorcycling Association allegedly said,

“99% of the motorcycling public are law-abiding; there are 1% who are not.”

Instead of seeing this as an insult or flaw, some motorcycle clubs have embraced the moniker. The “baddest of the bad” clubs created patches to proudly showcase being a One Percenter.

David Rendall and I call this the Pink Goldfish of Flaunting (the F in F.L.A.W.S.O.M.E).

Flaunting is about being unapologetic about your flaws. You take pride in your organization’s unique characteristics. You emphasize them, accentuate them, feature them, highlight them, expose them, call attention to them, and openly display them. You definitely aren’t trying to hide them or fix them.

One of the motorcycle clubs to embrace the 1% moniker is the Bandidos. The unofficial motto of the second-largest club is, “We are the people your parents warned us about.”

There are strict codes of conduct involving the one percenter motorcycle clubs. One is that you can never touch the patch of a one-percenter’s jacket, even accidentally.

What is something about you or your organization that others would see as a flaw? Instead of apologizing for it, how can you flaunt it and parade it without shame?