TAO OF TED: BE CURIOUS, NOT JUDGMENTAL 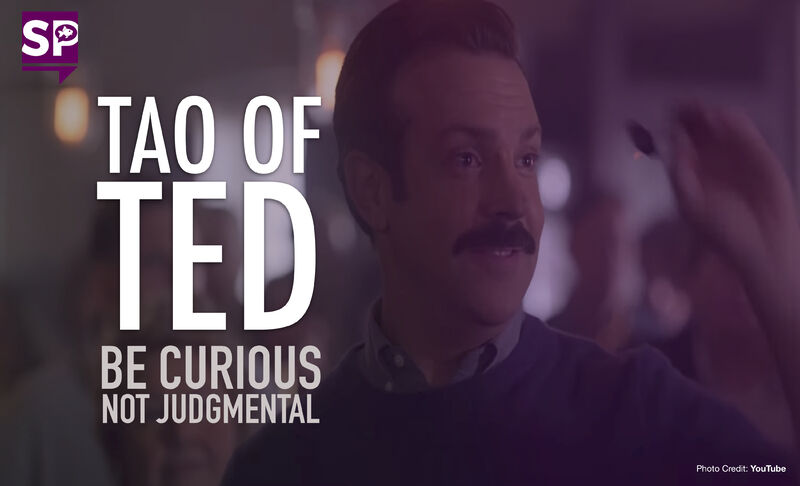 “Stay curious, not judgmental.” Thanks to Tim Letscher of Slalom who shared the quote and made the reco to watch the Apple+ series, “Ted Lasso.”

For background, Ted Lasso (Football coach now soccer manager for Premier League AFC Richmond played by Jason Sudeikis) bets on a game of darts against Rupert (the previous club owner) in one episode.

Ted is losing badly and needs a near impossible score of 170 to win.

As he’s about to throw, Ted talks about how guys have underestimated him his entire life. He shares that it used to bother him until he saw the Walt Whitman quote, “Be curious, not judgmental.” He continues his story as he hits a triple 20, “All them fellas that used to belittle me, not a single one of them were curious.”

He shares how their judgments had nothing to do with him because if they were curious, they would’ve asked questions…

“Questions like, have you played a lot of darts Ted?”

Throwing his second dart, he hits another triple 20. Now, he just needs 50 to win.

Ted confirms he played a lot of darts with his late father.

He then hits the winning bullseye and the bar erupts.

Takeaway – Curiosity is key. The first step of the I.D.E.A. experience design framework is to Inquire. Ask questions to find direction.