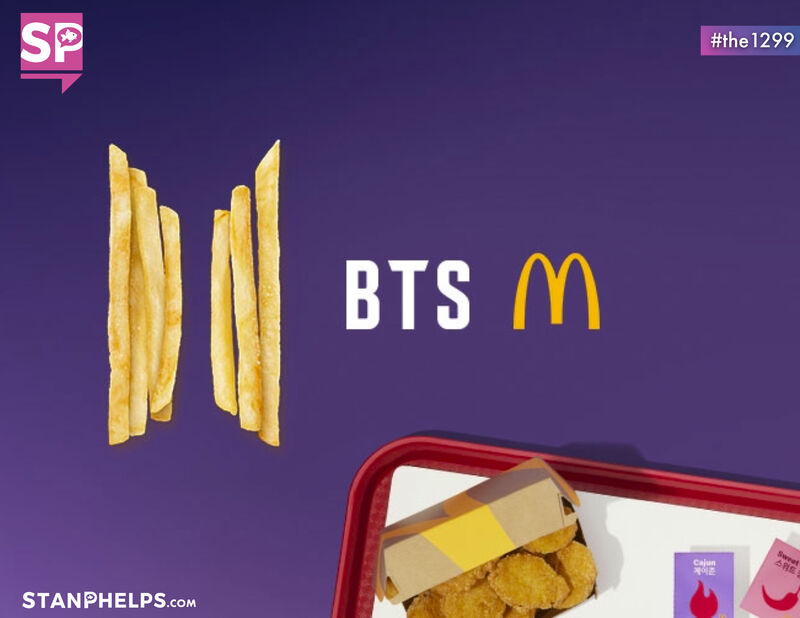 It’s purple, it’s weird, and it’s golden. It almost reminds me of one of my favorite riddles: What’s brown and sticky?

In this case, we’re talking about the BTS meal launched by McDonald’s last week. Not familiar with that acronym. BTS is short for Bangtan Boys. OK, so what’s bangtan mean? It’s short for Bangtan Sonyeondan, which translates to bulletproof boy scouts. Enough trivia already.

The seven-member K-Pop band that’s become a global sensation. You can’t really call them a boy band anymore. They formed back in 2010 in South Korea. The youngest member is 24 and the oldest is 28. Fans of BTS are known as the ARMY and they are ravenous. Of course, the ARMY is also an acronym. It stands for Adorable Representative M.C. for Youth. Hmmm, seems a little forced.

To be clear, this isn’t a Happy Meal kids. It’s a combo meal with 10 nuggets, fries, and soda. A couple of things that make this meal a little micro-weird.

One is the special sauce. Not the glorified Thousand Island variety. Does anyone else think the low-cal version of Thousand Island should be called 500 Island? BTS has picked out some special dipping sauces to bring a little spice. You can cover those golden nuggets with either Cajun or Sweet Chili.

The second extra is the free prize inside. BTS has provided content that will drop weekly on the McDonald’s app. [I just downloaded the app. Couldn’t resist the offer of free large fries] Smart move. Not only good for the environment, QSR’s are tapping into apps because they drive sales, loyalty, and retention.

This special meal follows similar McDonald’s meals with musical artists J Balvin and Travis Scott. The US-only Travis Scott quarter pounder meal with BBQ sauce was so popular that it caused ingredient shortages within a week.

This time the Golden Arches are prepared for a Global Launch. Let’s see what the BTS Army has to say about that. Let the assault and the aggressive use of the color purple begin.